Safety observations have been part of well-rounded safety programs for decades.  They are at the heart of traditional Behavior-Based Safety initiatives. But construction companies don’t collect observations just for the sake of gathering data. They expect to gain insights that can help them improve safety and reduce recordable incidents.

Traditional Behavior-Based Safety programs are anchored in changing worker behavior through the collection of observations on a form or checklist.  Typically, the information collected in these checklists is aggregated and used to identify the most common issues and guide efforts of site supervision and training. During the collection of these observations, interaction with the crews is typically optional. These observations are generally made by trained safety professionals although some companies do train project teams in Hazard Recognition in order to facilitate completion of safety observations by project teams in addition to safety professionals. 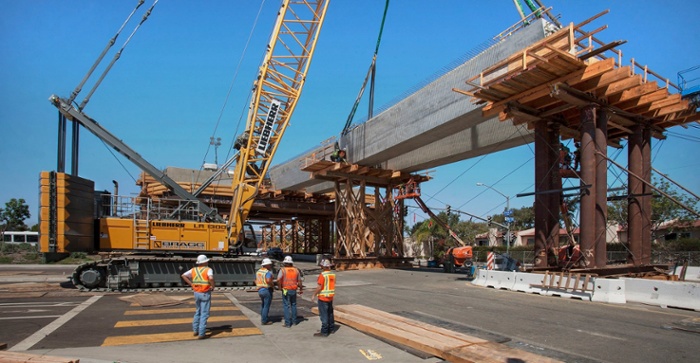 With PBS, the observations of the past are democratized and performed by all site staff members using a structured process that includes steps for engaging the craft workers and collecting good data.  Observational data is analyzed by an AI-powered analytics platform to predict which sites are at highest risk and identify actions that managers can take immediately to reduce that risk. It’s not just a bunch of checklists that will eventually be aggregated. PBS relies on insights from AI that produce dramatic results, with some companies reducing their incident rate by up to 60%.

Since PBS’ goals are different, the observations, too, need to be conducted in a different manner. Specifically these observations need to:

But to do PBS observations right, they shouldn’t be restricted just to safety personnel. To gain the critical mass of data required to make reliable predictions, all personnel, from project staff members to management, need to be making observations on a regular basis.

For more on the difference between traditional and PBS Observation systems, see the Suffolk Construction case study.

It’s very important that everyone — both observers and craft workers — understand the purpose of the PBS program. The goal is to gain an unbiased evaluation of the organization’s safety risk across each site, and NOT to gather information that will be used to punish individuals or crews. PBS predicts where future incidents will most likely occur and provides actions steps that can be taken to reduce the chance of an incident so that the organization can take targeted action, and that’s something everyone can get behind.

To ensure that observations are purposeful with safety at the center, observers should be trained in how to have effective interactions with crews, recognize hazards and collect meaningful observation data.  PBS observations require more than just training in hazard recognition, because they are about more than just gathering data. These observations can help build a safety culture with craft workers, but only if observers assume good intent and work to build trust. Playing the “gotcha game” puts up barriers to the kinds of safety conversations that must happen with every observation.

So when making observations, look first for what’s going right, and then discuss how to fix any issues. Creating a strong safety culture requires rewarding and recognizing what’s going well and not just penalizing people for violations. By engaging with the craft teams and letting them know that observations aren’t just aimed at producing write-ups, organizations can improve the quality and consistency of the data they’re collecting. So it’s important to train observers to talk through and solve safety problems with crews instead of simply assigning blame. Finally, before observers move on to another task, they should ask crews whether there’s anything they need to be safer, and note any issues that they share.

It’s important to look at the format of the observations themselves. Observers need to make risk-scored observations that determine the severity and prevalence of risks that they see in order to produce more precise predictions and insights. Observations also need to be categorized for reporting and saved in an AI-ready format.

Purpose-built tools like those from Smartvid.io can ease the formatting challenges, making it easy for observers to assign risk scores and categorize each submission, plus, all observational data is automatically stored in a format that’s easily digestible by predictive models and business intelligence software. 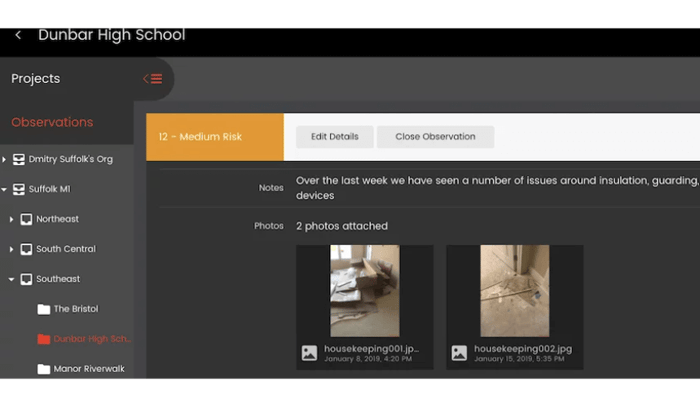 Of course, once you’ve got good observations, managers and executives need to interpret and use the data effectively to produce the safety impact that the organization is seeking. But that’s a topic for a future blog post. For now, remember that, in a PBS program, observations need to involve all employees in an effort to collaborate with trade workers and gather information about what’s going well in addition to what needs improvement. With a team that’s trained to gather quality safety observations, your company is well on its way to dramatically reducing its reportable incident rate and making sure everyone goes home safely at the end of the day.

Now and then: 15 years of technological transformation in construction

Sony’s Innovation Fund makes investment in Smartvid.io, it's first in the AEC industry