Is your company culture ready for Predictive-Based Safety?

It's Tuesday morning at 10am. John is on his project site gathering safety observations, engaging the crews, and providing both positive and constructive feedback while entering observations into his mobile device. In the course of his walk, John notices a worker standing under a load suspended from a crane.  He calls the worker over to get him out of harm's way and asks whether he was aware of the danger, determining that he wasn’t. So with the help of the worker, John arranges for signage and flagging to be put in place to address the issue.

The problem addressed, John logs this observation into his mobile device, which requires a score for its severity. He scores the risk as “extreme” — after all, had the load fallen, the worker would have likely been killed — and saves the observation, which is posted to his company's dashboard and made available to every employee.

Moments later, John's project manager calls. "What's going on out there John?” he barks. “I just got a call from the head shed and they want to know if we need to shut down because of the incident we just had!"

Certainly, we can’t fault the project manager or his boss for their concern about an extreme safety hazard. But if this is how the organization as a whole deals with observations of safety risk, the program will not deliver the results that management expects.

Remember, the goal of gathering safety observations is to collect data and not to catch people in the act so you can write them up. The goal is to collect good data so that AI can provide good predictions about risk and appropriate measures to mitigate that risk — i.e. to enable Predictive-Based Safety (PBS). After all, as the old adage says, “Garbage in, garbage out.” So, when working with individual events, focus on rewarding good behavior and have a bias towards fixing the problem, rather than overreacting. John did the right thing by immediately addressing the hazard and reporting it. It’s exactly the sort of behavior we want to encourage, and mountains of academic research have shown that positive reinforcement is far more effective in changing behavior than is punishment. 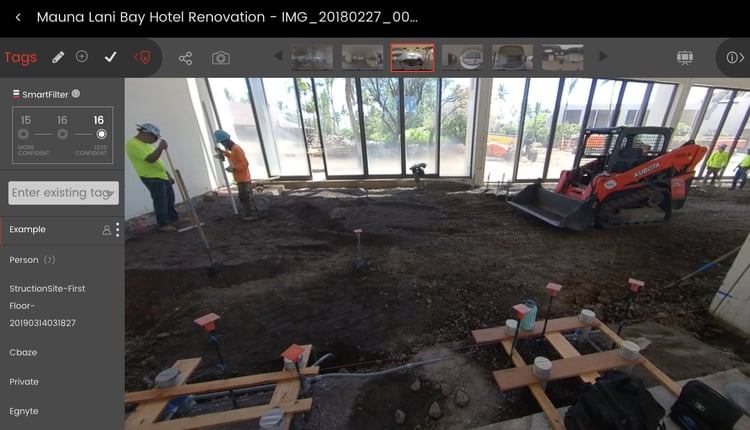 For example, a study in a New York state hospital showed that medical personnel were washing their hands just 10% of the time before entering and leaving a patient’s room, even though they knew the hand-washing stations were monitored by cameras. However, when the hospital installed an electronic board in each washroom that would display a congratulatory message every time someone washed their hands, the hand washing rate jumped to 90%. It shouldn’t be a surprising finding. Neurological research indicates that our brains are hardwired to change our behavior when we receive a reward.

Here’s another real-world example of how to use positive reinforcement. Let’s say you have a group of 10 people who are responsible for making observations, and everyone is expected to make at least two a week. After the first one, one individual logs 15 observations, a bunch who have two or three, and a couple don’t make any observations at all. Don’t reprimand the people who didn’t meet the goal. If you do that, you’ll just encourage people to pencil whip the form, and data quality will fall. How often do you do your best work on a task you feel isn’t worth your time, but you’re still forced to do it?

So let’s revisit the project manager’s response to John, which began with an accusation, implying that the job is out of control, and threatened drastic measures as a consequence: a site shutdown. How likely will he be to report an extreme safety risk in the future? Not very likely. Instead, he’ll probably continue to take care of any issues he sees, but won’t report them. As a result, the organization will collect less information about severe safety violations which will provide an incorrect assessment of the site’s overall safety risk.

Instead of taking a punitive approach, the project manager should have congratulated John for addressing a severe safety risk, and asked him if he has suggestions on how to prevent similar hazards in the future.

If your firm is culturally more likely to follow the initial project manager’s response, you may not be ready for PBS. The good news, though, is that there are concrete steps to take to change the way it responds to data and elevate its culture as a result.

Changing the culture to prepare it for PBS

When building a mature data culture, it's important to start with the people.  Help them understand the importance of good data collection and support them with tools that work. Solicit their feedback on the process, use it to make improvements and reward those whose suggestions are put into practice. People will be more invested in data collection if they are convinced that their efforts produce real results, so commit to data transparency by making dashboards and reports widely available.

That said, it’s important to establish rules around how the data should be used to ensure a mature approach. As you create these rules, keep in mind that your goal is to incentivize good data collection and ask yourself two questions:

When it comes to acceptable use, in general, you want people to use the data to reward good behavior, identify and assess systemic risks, and suggest ways to reduce risk and prevent incidents. People should be able to share this data widely without causing trouble, because no one will report a severe safety risk if they know they’ll face immediate consequences. After all,  “comparison is the thief of joy.” Don’t pit one job against another. Instead, compare everyone to a baseline.


If people start using observational data as criteria for doling out penalties, it’s important to nip that behavior in the bud, because it will undermine the entire data collection process. Just like driving a car, having access to data and dashboards is a privilege. Those who don’t follow the rules lose their access.

PBS is a powerful way to substantially reduce your risk. Our customers typically see reductions of 30% or more in their reported incident rate. But it will only deliver these kinds of results in a culture that supports a mature approach to data collection. By following the steps laid out above, you can make sure your organization is ready to take full advantage of PBS.